Paws for Progress > About Us 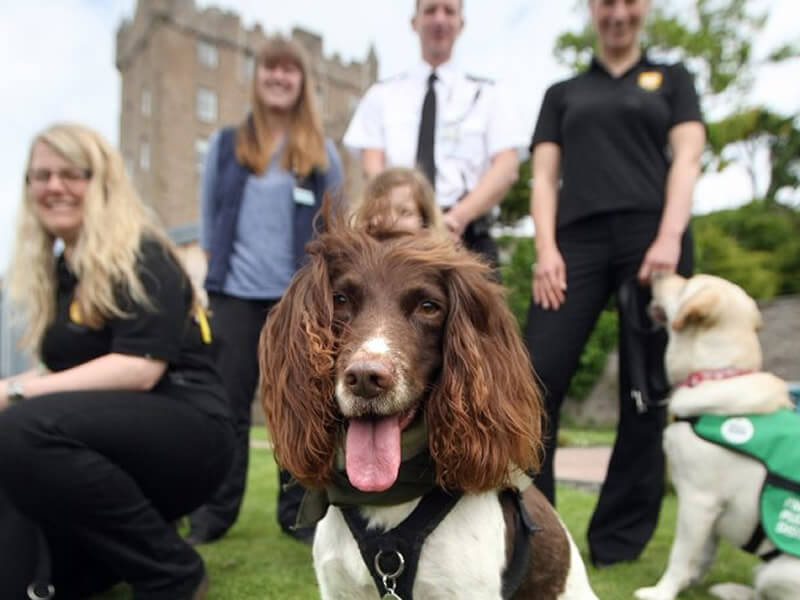 Paws for Progress works with a range of partners to deliver services centred on the positive effects that can result from dog-human interactions and relationships.

To unleash potential and improve lives by providing services centred on the beneficial effects of people and dogs learning together.

Our services aim to:

Paws for Progress started out as a project being run to gather evidence about the effectiveness of prison-based dog training programmes. Rebecca Leonardi developed the project which was the UK’s first prison-based dog training program. The project began as a partnership with the Scottish Prison Service (SPS), the Dogs Trust and the University of Stirling.

Beginning a project like Paws for Progress takes time and careful planning and in July 2009, that work began. What followed was two years of extensive research, consultation and training until the project finally got underway in HM YOI Polmont in August 2011.

The project began with a pilot phase which lasted from August 2011 to December 2011. This time allowed further development to take place in response to the needs of the participating young people and the dogs as well as feedback from participants, staff and management teams. Responsiveness to need and feedback has continued to be a key factor in how Paws for Progress works and has strongly influenced our development as a service provider.

In 2012 Paws for Progress began to work in partnership with Fife college allowing greater scope for educational achievements for the human participants. That partnership has allowed Paws for progress to pioneer a student led approach to learning, contextualising education within topics that are both relevant and enjoyable to the participants.

Paws for Progress adopted peer mentoring as part of courses at an early stage, allowing new participants to have additional support and providing opportunities to progress and advance their skills to participants who wish to continue to be involved.

The initial work was so positive that Paws for Progress was incorporated as a Community Interest Comany in February 2014 and now provides a unique and independent role, working strategically and operationally to co-ordinate input across multiple disciplines and manage relationships with three key partners (SPS, the University of Stirling and Fife College) and many more supporting organisations. Our aim is “to enhance the well-being of people and animals by promoting and supporting, by whatever means, positive and effective interactions between them”.

Help support our work by making a donation

Every donation, large or small, will help us to enhance the well-being of people and animals